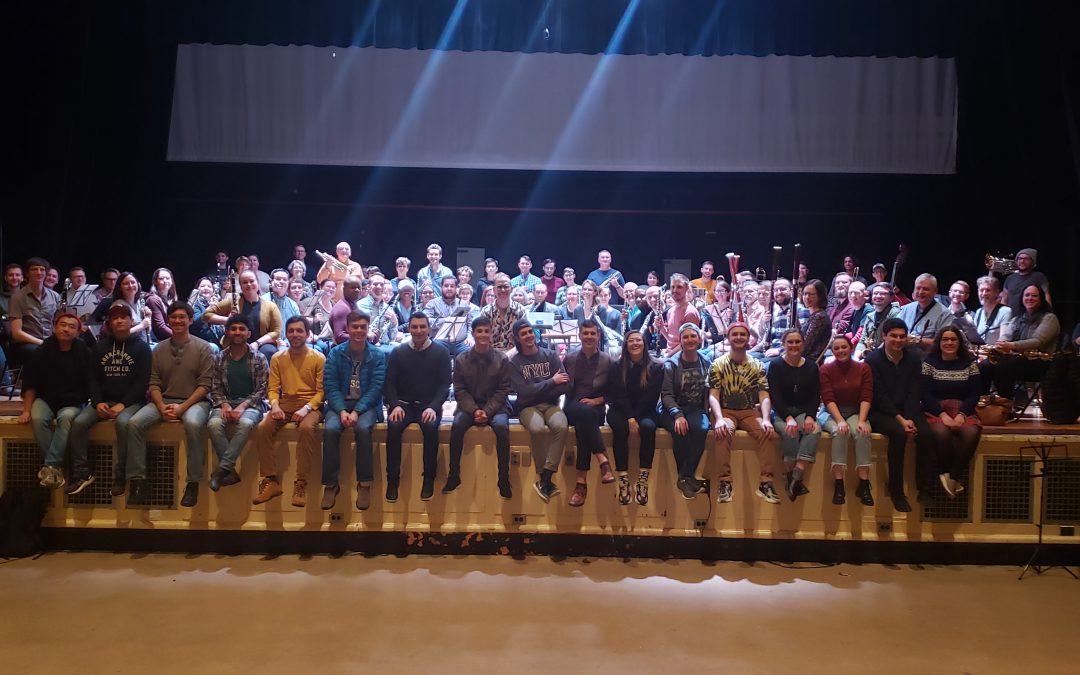 Students in the program’s course on musical theatre orchestration had the opportunity to arrange a piece of music for the symphonic band. The band played each arrangement during its rehearsal, and at the conclusion of each the student-composer got feedback directly from members of LGBAC, including from symphonic band director Henco Espag (himself a graduate of the same NYU program).

The students were accompanied by their instructor, Danny Larsen, an award-winning composer and lyricist. Explaining the reasoning behind the collaboration with the band, he said:

“It is rare that a new orchestrator gets the chance to hear their arrangement played by an ensemble as large as the…Symphonic Band, so it seemed like a great opportunity to make it a final project for the [musical theatre orchestration] course (which only spans over the course of about 5 months). Though we are only able to scratch the surface of arranging for concert band techniques, it still has been an incredibly fun, exciting, and worthwhile assignment for the students. And I personally think that the best way to learn to orchestrate is to hear live instrumentalists play your arrangement.”

LGBAC looks forward to growing its partnership with Danny and his students in the future, and the band was happy to play host to burgeoning talent in orchestration.