At the time it was only the third such band in the United States. The spark for this novel idea came at the same time as the First National March on Washington, D.C. As New Yorkers prepared for the rally, two gay musicians, Nancy Corporon and Bob Wolff, had a dream of their own, inspired by Jon Sims, a San Francisco musician credited with founding the gay band movement. With Jon’s help, Nancy and Bob were soon posting flyers all over Christopher Street asking musicians to get their instruments out of the closet and join the ranks of a very special new band. Only one year later, that band would become the first openly gay and lesbian musical organization to perform at Lincoln Center.

With over 100 musicians, color guard members, and Band Aides, The Lesbian & Gay Big Apple Corps plans to go on lifting the hearts of audiences in concert halls and along parade routes for years to come.

Our mission is to provide the LGBTQ+ community and their allies with a supportive and friendly environment for musical and artistic expression and, through performance, to promote social acceptance, equality, and harmony for all. We welcome all individuals to join us and see how artistic dedication within a social environment can create quality entertainment that challenges, educates, and encourages growth.

The band that Gothamist called “the ever-entertaining Lesbian & Gay Big Apple Corps” will be performing all over New York City and the Northeast! Whether you’re performing, supporting, or just can’t wait to see us, here’s where to find us in 2019! 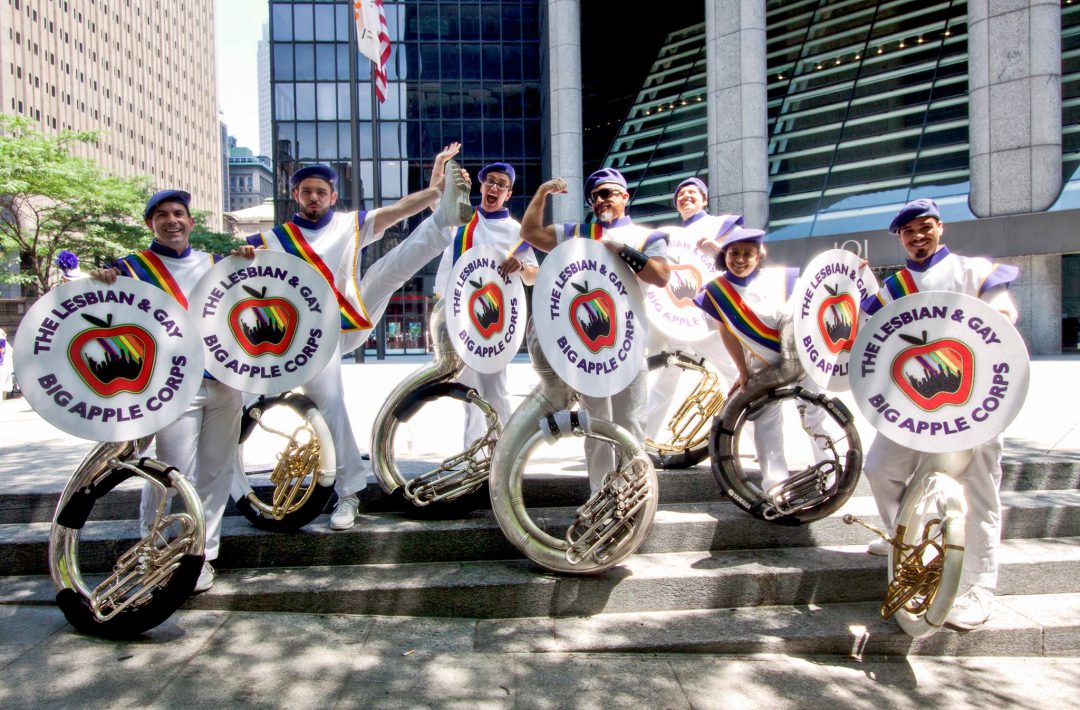 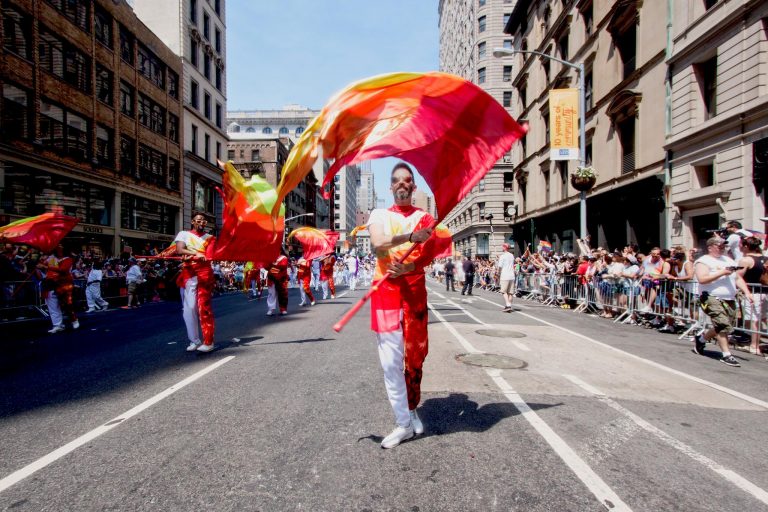 The Color Guard are the “visual musicians” of the ensemble. Whether it’s with flags, props, or dance, we strive to add artistry and flair to the sounds of each season. Our members come from all backgrounds and all levels of experience.

2019 Performances [check back soon or follow us on social media for 2020 dates!]

2019 Indoor Rehearsals [check back soon or follow us on social media for 2020 dates!]

2019 Outdoor Rehearsals [check back soon or follow us on social media for 2020 dates!]

2019 Color Guard Rehearsals [check back soon or follow us on social media for 2020 dates!]

Let the sounds of the Lesbian & Gay Symphonic Band transport you. A group of over 120 musicians fills Symphony Space with the sounds of love and joy, and all are welcome to come relish the experience.

Get tickets for our spring concert! 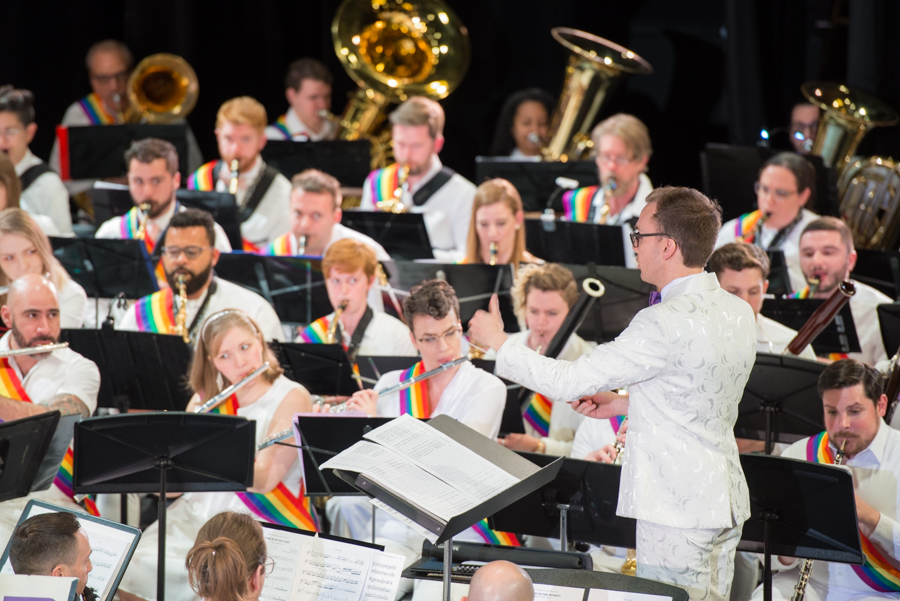